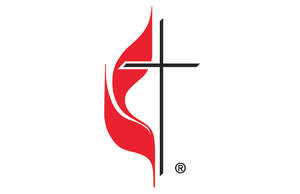 
General Apportioned Funds     General Conference approves a budget to support vital international, national, and regional missions and ministries. The general church budget is proportionally allocated (apportioned) to annual conferences, which in turn ask each local church to contribute a portion of its tithes and offerings to support these ministries. In this way, each congregation gives a fair share to support the church's work worldwide.

Does The UMC fund… these non-related entities?
Advocacy groups (such as Good News, Institute on Religion and Democracy, Methodist Federation for Social Action, Reconciling Ministries Network, The Confessing Movement): No.
Black Lives Matter organizations: No.  The UMC addresses anti-racism work primarily through the General Commission on Religion and Race and annual conference commissions on religion and race. The apportionment your congregation sends to your annual conference funds both your annual conference commission on religion and race and the General Commission.
March of Dimes, World Vision and Samaritan's Purse, Planned Parenthood: No.
National Council(s) of Churches (and similar ecumenical bodies outside the US): Yes.  The UMC was a founding member of the National Council of Churches and its predecessor, the Federal Council of Churches. The ecumenical commitment of the UMC, however, extends beyond the United States, and includes a financial commitment to support these bodies that bring Christians of many denominations together in common efforts.
Political Parties or Political Candidates: No.  This is a prohibited activity under U.S. non-profit law for churches and other charitable organizations which qualify for exemption from federal income tax. Churches may jeopardize or even lose this status if they engage in “political campaign activity.”
Religious Coalition for Reproductive Choice: Not as of 2017.  The UMC was a founding member of this coalition and advocated for the Church’s life-centered position on abortion in dialogue with other member bodies, many of whom hold choice-centered ethics. The 2016 General Conference instructed The UMC to exit the Religious Coalition for Reproductive Choice and eliminate all funding for it.
World Council of Churches: Yes.  The UMC, the largest Protestant denomination that functions as a worldwide church, is committed to witnessing to the gospel and extending the mission of Christ in partnership with Christian bodies on a worldwide basis. As a founding member the UMC continues its presence, witness, and collaborative work through the Interdenominational Cooperation Fund, one of the apportioned funds.  United Methodist funding supports the participation of United Methodists and Christians of many denominations from developing countries in the worldwide assemblies of the Council, as well as the Council’s ongoing work of promoting initiatives to build justice and make for peace.

Does The UMC fund… these UM and UM-related entities?
United Methodist General Agencies: Varies   Among the agencies primarily funded by the general church budget are Archives and History, Church and Society, Communications, Discipleship Ministries, Finance and Administration, Global Ministries, Higher Education and Ministry, Religion and Race, and the Status and Role of Women.
Some United Methodist agencies are not funded or not fully funded through local church giving to the general church budget.
Mission and Mission Support
The General Commission on United Methodist Men is partly supported (up to 20%) by local church giving through the World Service Fund. The majority of its funding comes from its members.      Publishing      Retirement and Health Benefits      United Methodist-Related Institutions: Varies
Higher Education and Clergy Formation      Hospitals and Health Care Systems      Children’s Homes and Eldercare