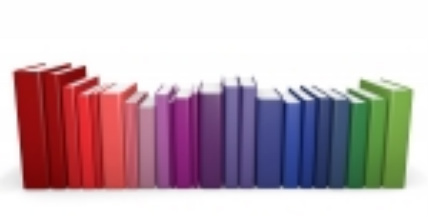 The Bright Red Bookshelf Project began in the Ballston Spa United Methodist Church in 1997. Our goal has been to gather new or gently used books and put them into the hands of children.

We began with two shelves and have grown to the current level. The Bright Red Bookshelf was begun as a way to have pre schoolers increase literacy and school readiness. But, it has grown to include children from infancy through high school. In the intervening years, it is estimated, nearly 100,000 books have been donated by churches, community groups and individuals, and placed onto the Bright Red Bookshelves supported by the Ballston Spa Church.

In 1998, the Bishop's Task Force on Children, Youth and Poverty in the Troy Annual (regional) Conference adopted the Bright Red Bookshelf as a project that would make a concrete difference for children of low-income families. In spring 1999, the task force put out its first appeal for donations of new and gently used books. At that time, task force members were hoping for 1,000 books to stock the handful of shelves they had placed in several locations.

The project has grown beyond Saratoga County, as churches in Rensselaer, Albany, Schenectady and Montgomery counties have built, placed and stocked shelves in their areas.

There is also a book shelf that is including older material for adults who are learning to read. This is encouraged by the Literacy Volunteers in that area.

We are currently operating without a "structure" or volunteer base. If you would like to become involved in this worthwhile project of providing books, without charge, please contact the church office at 885-6886. We need volunteers to sort and label books, and distribute to the bookshelves in Ballston Spa.