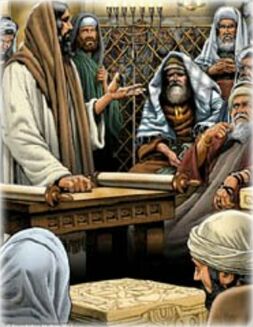 But here’s what I most want: it’s the Source and Resource that can help a person no matter where they find themselves.  I especially want it for those on the lowest rungs of society, the riffraff and so-called fringe outcasts, the ne’er-do-wells in our communities - you know, “those people” living on the margins, whom too few of us will ever come to really know…. I want them to believe in and experience the LOVE OF GOD.  I want them to enter churches and be joyfully embraced.  I want them to find a friend in Jesus, but also friends here, among us.
Jesus has shown us by his example that we need to search for such people.  We need to invite those who are feeling low, unseen, and unworthy here so they can know they have full citizenship in heaven.   When all else in their day-to-day lives is scarce or scary, frustrating or fear-filled, I want them to know Jesus.  So many people are lower than low, feeling isolated, stressed, and unseen… unworthy.   I want everyone to be told, shown, and assured that God sees and cares.   God very much wants to be in their hearts and lives.  That’s why Jesus went the distance, from Heaven to earth.
Now, today, we’ve been reminded by the prophets Elijah and Elisha, and by Jesus Christ our Savior, that the kingdom of God is for all.  We’ve also been shown, by their example, that God is counting on us to go to them and be the bridge, the one who can help them connect with and receive from God.  Then comes a call to action for each one of us.  When we see or learn about injustices, will we let God show us how we can help dismantle them?   I want to right those wrongs.   When we see people wrongly judged, or painfully excluded, will we speak up rather than stay silent?  I want to right those wrongs.  There are so many ways God can use us to liberate others, correct injustices, bring dignity, and restore hope.   Today. Now.  May my words not remain inked on this paper but be made incarnate, put into action by us all.    Amen.