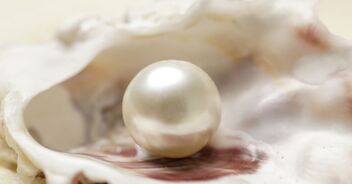 “The kingdom of heaven is like a man, a merchant, seeking fine pearls; on finding one pearl of extremely great value, he went and sold all that he had and bought it.”  - Matthew 13:45-46, paraphrased